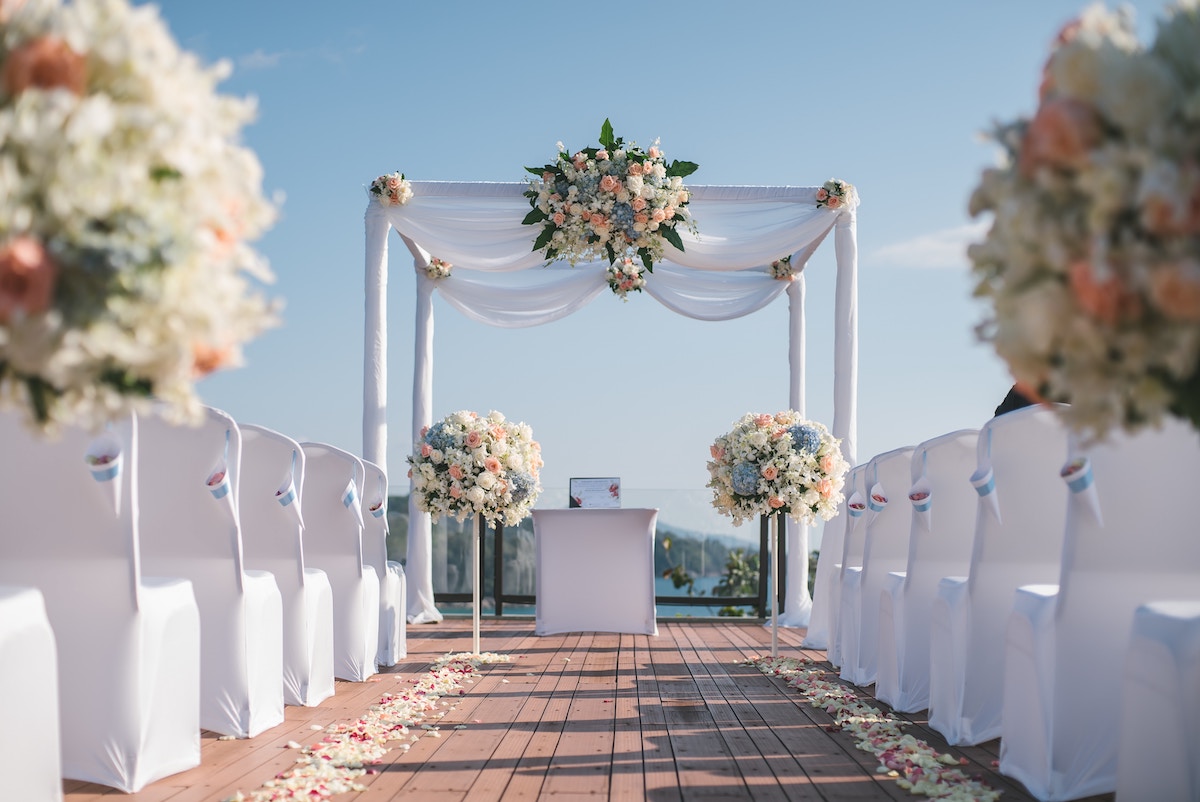 InterfaithFamily has released a report on its survey of rabbis’ practices around officiation and co-officiation at weddings of interfaith couples. The highlights of the report have been covered by JTA and the Forward and follow a recent Forward story on Rabbi Joe Black changing his position on officiation after thirty years as a rabbi. The survey results show that a lot of progress has been made towards helping interfaith couples have a positive experience when they seek to have a rabbi present at their weddings – and that there are frontier issues that continue to challenge how rabbis perform their roles.

For as long as I can remember, the accepted wisdom has been that “about half” of Reform and Reconstructionist rabbis would officiate for interfaith couples. The last reported survey, in 1995, said it was 47%; the new survey says it is 85%. (Forty-four percent of the members of the Reconstructionist Rabbinical Association responded to the survey; 23% of the members of the Central Conference of American Rabbis.)

And for as long as I can remember, the perception has been that very few or relatively few rabbis would co-officiate at weddings with clergy from other faiths; the last reported survey said it was 13%. There is a lot of ambiguity in what “co-officiation” means; it could mean sharing a service with other clergy, or it could mean being the sole officiant but allowing other clergy to participate; and the big variable seems to be whether the other clergy can make theological references to other religions – which usually means, mention Jesus. In the new survey, 25% said they would co-officiate, and another 20% who said they did not co-officiate said they would permit other clergy to offer a prayer or reading without any theological reference to another religion. In addition, 47% said they would offer a prayer, reading or blessing at a service performed by clergy from another faith.

The comments rabbis offered in response to open-ended survey questions were fascinating. Few of the rabbis mentioned Jewish law as a large factor in their decision to officiate or not to officiate. Most of the rabbis mentioned viewing their role as being to facilitate creation of Jewish homes, families and children. One rabbi explained her change of position by saying she realized that her job as a rabbi was “not to make Jewish marriages but to facilitate the creation of Jewish families.”  That is an important distinction that shifts the focus away from halachic requirements for Jewish wedding ceremonies and towards the impact of officiation.

Years ago I visited a Reform rabbi on the North Shore of Chicago who told me that she did not officiate for interfaith couples because of Steven M. Cohen’s research showing that interfaith families were not Jewishly engaged (she has since changed her position). Based on the comments in the new survey, it seems clear to me that rabbis by and large no longer accept that point of view; a number made comments that suggest a serious shift in attitudes about intermarriage.

Thus, many rabbis explained their decision to officiate by referring to their experience with numerous interfaith couples who were creating Jewish homes and raising Jewish children. One said, “I believe that interfaith families are a strength in our Jewish community. Many non-Jewish spouses are very committed to raising Jewish children. This has been my own life experience and what I see in my community presently. Interfaith couples are not a threat to Judaism.” I thought this comment was particularly powerful:

My reason NOT to officiate had always been, “It is my job description to create and sanctify new Jewish households.” And I believed that only two Jews could produce such a thing. However, real-life showed me something different and, after nearly ten years of turning down interfaith weddings, I announced my change in policy and began officiating under certain circumstances. I delivered a major sermon on the High Holy Days about my change in practice, and it was the first time that I actually received a standing ovation!

The opposition to co-officiation seems to be based primarily on an assumption rabbis make about what the fact that the couple wants co-offication means. One said, “[I]f there is clergy from other faiths co-officiating, my interpretation is that this couple has decided to create a family and build their home (as the chuppah represents) as one that is not a family that is committed to Judaism.” Another said,

I don’t wish to support a view that Judaism is an “option” in the couple’s life among other “co-existing” or “competing” cultural expressions or life paths. While this approach might be the reality for a given couple, affirming that reality doesn’t align with my sense of rabbinic purpose.

Of course it is also entirely possible that couples may want co-officiation because they want to honor the traditions of both of their families and have not decided what they will ultimately do in terms of their home or family or children being Jewish. It seems clear to me that the main reason for the shift towards being more open to officiation is that rabbis have come to believe that rejection pushes interfaith couples away while officiation leads many to create Jewish homes, families and children. But that logic would equally apply to couples seeking co-officiation, who will be pushed away by rejection and drawn in by the rabbi’s participation.

As the survey report says, officiation and co-officiation issues continue to be important to rabbis – 34% said they would be interested in participating in clergy-only conversations led by InterfaithFamily to discuss those topics.