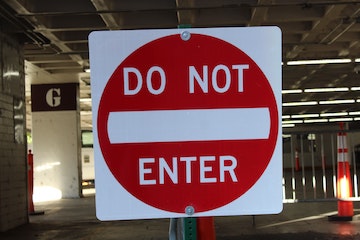 [This op-ed was submitted to the Forward, which published an edited version, Our Continued Rejection of Interfaith Families Hurts Everyone, December 21, 2020.]

Seven years ago, the Pew Report’s finding that 72% of non-Orthodox Jews were intermarrying rocked the Jewish world. The Pew Report did not examine why interfaith couples are relatively less Jewishly engaged on traditional measures of Jewish attitudes and behaviors, but provided one tantalizing clue: while 89% of intermarried Jews were proud to be Jewish, only 59% had a strong sense of belonging to the Jewish people. (at 51-2)

It is plain common sense that people will not feel that they belong to a group that makes them feel like outsiders and undesirable. Now, as 2020 ends, that common sense is supported by research.

In August 2020, the executive summary of the latest local Jewish community study by the Cohen Center states starkly (at 3) that in Baltimore, “Households that include an intermarried couple tend to feel that the community is not welcoming to them, does not care about them, and does not support them.” Equally stark, the executive summary of the latest study of interfaith couples by the Cohen Center states (at 1) that in Toronto, while it was important to most of the interfaith couples surveyed that their family have a place within the Jewish community, couples felt unwelcome when interfaith relationships were denigrated, when the non-Jewish partner from a different faith background felt pressure to convert, or when they were expected to negate or hide that partner’s religious identity.

These recent conclusions are consistent with seven years of data from eleven local community studies and four studies of interfaith couples conducted by the Cohen Center since the Pew Report, according to a new paper by the Center for Radically Inclusive Judaism. That we still do not include interfaith families is indicated, as just one example, by the fact that the average of eleven local communities’ data shows that 5% of intermarrieds, compared to 28% of inmarrieds, feel very much of a connection with or very much like a part of their local Jewish community.

What is most striking in these studies is interfaith couples’ consistent and repeated use of terms like “outcasts,” “outsider,” “inferior option” and “undesirable” to describe how they are made to feel in Jewish communities. To feel included, they want to be treated as if they are Jewish, which means, as one said, “treated very equally as members of the community.”

The early reaction to the Pew Report included a group of two dozen “concerned Jews” proposing in 2014 to take action to counter a “disturbing trend” and promote inmarriage, and a  2015 Statement on Jewish Vitality that touted programs for raising the inmarriage rate and advocated for conversion to transform intermarriages into inmarriages. The message from Jewish leaders to interfaith couples was that their relationships were something to be prevented, and partners from different faith backgrounds could be included if they converted, but not as they were.

Sadly, these messages are surfacing again. Rabbi Jerome Epstein, emeritus CEO of the United Synagogue, emerged to say that “It’s time for the Jewish community to make a big push for Jews marrying Jews.” The Cohen Center released a study of the impact of Birthright Israel that “emphasizes the news that participants are much more likely to have a Jewish spouse or partner,” in the words of one Birthright lay leader. Len Saxe is quoted as saying that they focused on marriage because it is a good indicator of attachment to Jewish identity. But they could have focused on trip participants being more likely to raise their children Jewish and otherwise engage in Jewish life.

Highlighting that participants are more likely to inmarry makes it appear that inmarriage is Birthright’s goal. Jewish communal leaders are tone deaf on this score, not getting that suggesting that inmarriage is the goal necessarily, unavoidably makes interfaith marriage the inferior option. Jonathan Tobin is just so wrong when he says that “It’s no insult to the intermarried to recognize that [speaking about endogamy] is absolutely vital to the Jewish future.” Prioritizing endogamy leaves the partner from a different faith background feeling undesirable and the Jewish partner feeling that their marriage is a failure. Thus, we still have interfaith families feeling like they don’t belong.

One bright light at the end of this difficult year is the nearly universal positive response to the interfaith relationship of Doug Emhoff and Kamala Harris, Rabbi Emily Cohen writing that “maybe now the Jewish community will be able to see such families as normal, sacred and essential.” But as Alicia Chandler’s article title succinctly says, We Can’t Kvell Over Kamala Harris’ Jewish Husband While We Demonize Interfaith Marriage. I can’t imagine Kamala Harris tolerating being considered an “inferior option” as a marriage partner. No partner from a different faith background should be made to feel that way in any liberal Jewish community.