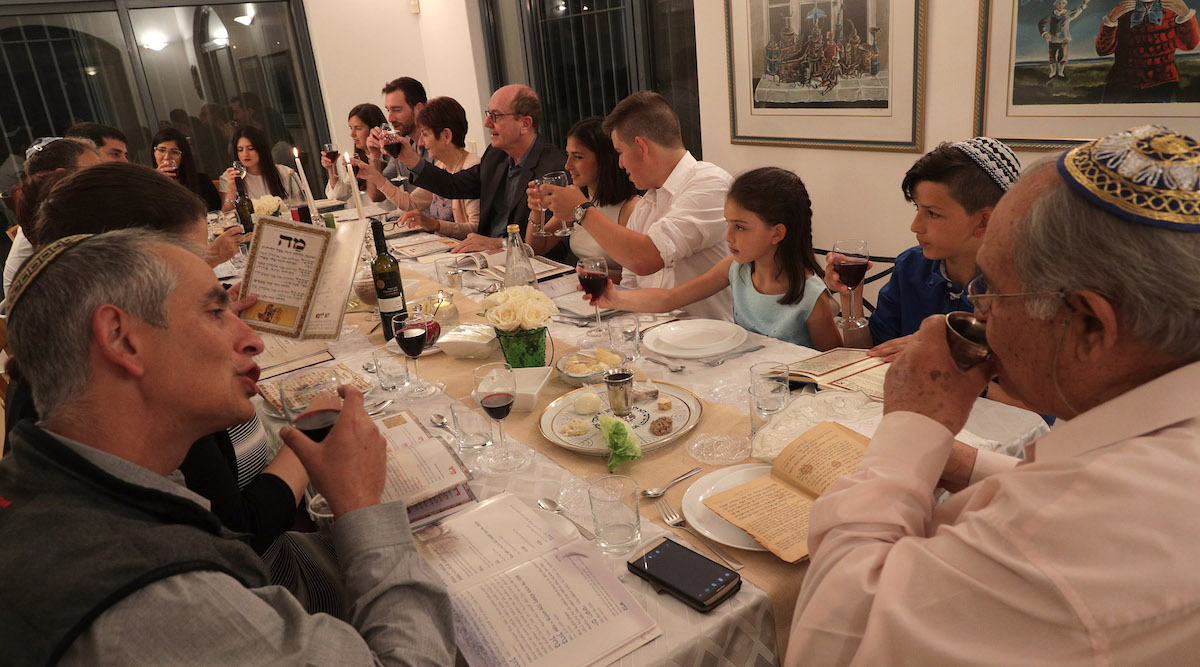 This essay originally appeared in JTA (under the title “Passover’s Real Message Is about Celebrating Interfaith Families”) and is reprinted with permission.

The enduring lesson of Passover is the obligation that appears 36 times in the Torah, more than any other – “you shall love [the stranger] as yourself, for you were strangers in the land of Egypt” (Leviticus 19:34).

This Passover, if trends continue, slightly more than half of interfaith couples will attend a seder (the 2013 Pew Report found that 54 percent did). It’s clear to me, based on my experience, that many couples who do attend do not feel excluded — they make the choice not to go for reasons intrinsic to their own lives. These reasons may include Jewish partners who themselves lack familiarity or experience with seders.

Still other couples who don’t attend understand that their participation is desired, as many Jews and Jewish organizations do strive to be welcoming.

True inclusion is radical, and radical inclusion is hard. It stands the traditional understanding that Judaism is for Jews only — that what matters is being Jewish — on its head. It challenges the deeply held preference of many Jews that their children marry other Jews. But a Judaism for Jews only is alienating to the vast majority of liberal Jews who do intermarry, to their partners and to their families.

Traditionally, there was no distinction between being Jewish and doing Jewish — there were only Jews, an ethnic, socially exclusivist group who followed Jewish rituals, customs and traditions. But in 2013, the Pew Survey of American Jews found that 72 percent of non-Orthodox Jews are intermarrying. There now are many people from different faith traditions partnered with Jews who want to (or might want to) engage in Jewish life. The future of liberal Jewish life depends on more of these people who are not Jews doing Jewish. If they continue to be regarded as and made to feel other and excluded, they won’t.

Conversion, while a wonderful personal choice to be celebrated, cannot be viewed as the desired result in interfaith marriages — partners from different faith traditions need to feel that they are loved just the way they are.

In the traditional reading, Jewish peoplehood extends only to born Jews and those who convert. Peoplehood is both the source of the traditional Jewish attitudes that disfavor interfaith marriage and what makes it hard for partners from different faith traditions to feel a sense of belonging in Jewish communities.

In a radically inclusive perspective, the Jewish covenant is between not God and the Jews but God and all those who were assembled at Mount Sinai, a multitude that included “the stranger in the midst of your camp” (Deuteronomy 29:9-12). Today, that multitude includes people who are doing Jewish, no matter what faith they were born into.

A radically inclusive perspective focuses not on the Jewish people but on the Jewish community – “the entire community of the children of Israel” (Leviticus 19:2). Identifying as a Jew motivates Jewish engagement, so identity remains important for Jews and is desirable for the children of interfaith couples; some partners from different faith traditions may come to identify as Jews. But partners who do Jewish while continuing to identify with another faith must be fully included as part of the Jewish community.

Radical inclusion permits full participation, with the answer to all questions about “who can do what” guided by what will open doors to Jewish engagement. Partners from different faiths who are doing Jewish should be allowed, indeed encouraged, to lead prayers that refer to us, including the Torah blessings.

Expressing a preference that our children marry Jews conveys a message that partners from different faiths and interfaith relationships are suboptimal. That risks alienating those who do intermarry, as so many will. We cannot prefer inmarriage and be as radically inclusive as we need to be.

Adopting radically inclusive attitudes and policies at Passover and year round is a concrete way to actualize Passover’s enduring lesson to love the stranger, and will increase the chance of seeing our children, and even more important our grandchildren, Jewishly engaged.