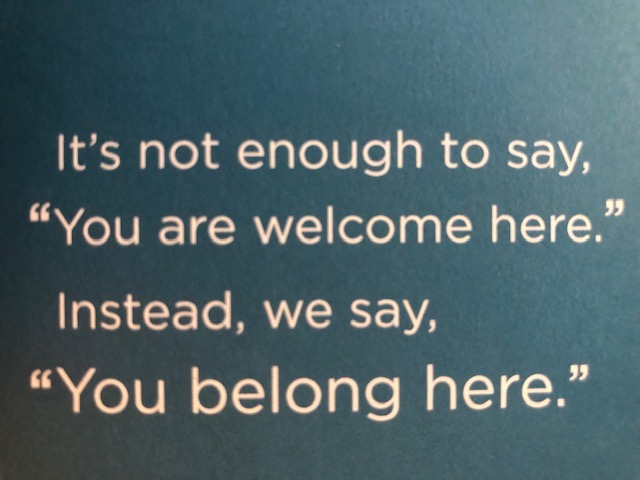 When I ran InterfaithFamily (now 18Doors), a prominent philanthropist told me more than once that engaging interfaith families was an issue that would “take care of itself over time” because “young people are inclusive.” I was skeptical, but had no way to test or even shed light on the hypothesis – until now.

The Center for Radically Inclusive Judaism (CFRIJ) recently completed a Survey on Emerging Spiritual Communities’ Interfaith Inclusion Policies and Practices, modeled on the Center’s 2019 Survey on Reform Synagogue Interfaith Inclusion Policies and Practices (to which just under 50% of Reform congregations responded). Adopting the terminology of start-ups compared to “legacy” institutions, comparisons to the Reform survey results can provide some insight into the relative inclusiveness of emerging and legacy spiritual communities.

With much-appreciated help from the Jewish Emergent Network, the Open Dor Project, Kenissa: Communities of Meaning Network, the Upstart Network, and Base and Base Hillels, the Center compiled a list and invited 72 emerging spiritual communities to take the survey; 44, or 61%, responded. While they range from well-established, with years of operation and hundreds of participants, to very new start-ups, common elements include being led by a rabbi, cantor, kohenet or other spiritual leader; gathering to celebrate Shabbat and holidays and lifecycle events; perhaps offering worship services, education programs, and mentoring; and developing relationships and building community in a Jewish context.

Interpretation of the significance of data from these surveys depends to a large extent on one’s perspective with respect to inclusion of interfaith families. The same data can be presented in ways that emphasize permission or restriction; for example, 40% of communities permit X, or, 60% of communities do not permit X. In turn, whether or not it is appropriate or advisable to permit or not permit X depends on one’s fundamental views: about Judaism – whether it is a system for those who are Jewish or also those who do Jewish; about the relative importance of maintaining boundaries, on the one hand, and engaging interfaith families in Jewish life, on the other; and about whether restriction or permission will lead to interfaith family engagement. Admittedly, I come from a maximalist inclusion perspective, believing that permission, lowering boundaries, and encouraging anyone who want to, to do Jewish – in other words, treating Jews and their partners equally – leads to the engagement of interfaith families that is badly needed.

With respect to membership and leadership – whether partners from different faith backgrounds count as voting members and can hold leadership positions – the emerging spiritual communities are somewhat more inclusive than Reform synagogues: 84% consider them as voting members, compared to Reform’s 79%; 80% permit them to be board members and 76% to be officers, compared to Reform’s 40% and 27%.

With respect to ritual participation, 68% of emerging spiritual communities allow members from a different faith background to lead candle lighting, while 32% do not; the data for Reform synagogues are identical.

We added several new questions to the recent survey and found these measures of inclusive policies and practices:

The response to one new question in the recent survey was meant to test whether the communities mean to treat Jews and their partners equally: 64% said they do not draw any distinctions in terms of leadership and governance, ritual participation, or otherwise, between Jews and partners from different faith backgrounds. That is a heartening statistic from a maximalist inclusion perspective.

However, the “acid test” of interfaith family inclusiveness is whether parents from different faith backgrounds are allowed to have – by themselves – an Aliyah at their childrens’ b’nai mitzvot. The survey found that only 41% of communities allow parents from different faith backgrounds to do so. That’s not consistent with 64% of communities saying that they draw no distinctions.

Unfortunately, the Reform survey did not specifically ask about parents from different faith backgrounds having an Aliyah by themselves, so that comparison can’t be made. But the surveys do show that 79% of emerging spiritual communities and 70% of Reform synagogues allow parents from different faith backgrounds to join with Jewish parents in having an Aliyah.

Finally, the emerging spiritual communities are similar to Reform synagogues in one other way: they are not publicizing their policies and practices with regard to interfaith families on their websites – 5% do, compared to 18% of Reform.

The bottom line from my perspective: there’s not a large difference in the interfaith inclusion policies and practices of emerging spiritual communities and Reform congregations. They appear to be more inclusive in terms of leadership positions, and not constrained by a policy against dual education, but their practices on ritual participation are largely the same. It’s too soon to say that the young people are creating communities that are more inclusive than their elders’.

There are positive signs, however. Open-ended responses in the recent survey suggest a pragmatically inclusive approach that all emerging and legacy communities might follow: allowing members from different faith backgrounds who are “mission-aligned and see themselves as wanting to build meaningful Jewish community” to serve in leadership positions; not asking families whether their children are being educated in another religion, but making “it clear that our programs are grounded in Jewish tradition and open to all who are interested;” and allowing parents and relatives from different faith backgrounds to have an Aliyah where the family can “ensure that the relatives know the prayer and want to say it with sincerity.”