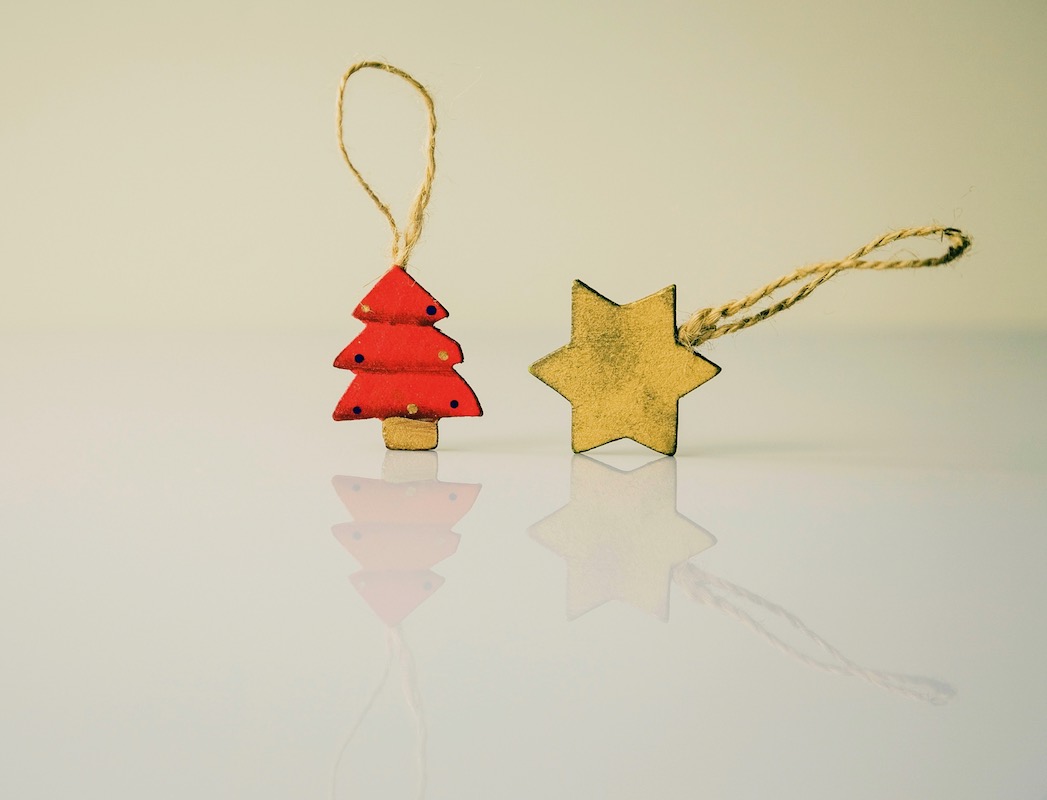 It’s been busy since Thanksgiving — here’s a round-up of intermarriage news at the end of 2018.

What Christmas Means to Interfaith Families

The Forward today published my essay, “Stop Criticizing Interfaith Families Who Celebrate Christmas.” I’m always happy to appear in the Forward. But writers don’t get to pick titles, and the point of my essay was more a plea for Jews and Jewish leaders to understand what celebrating Christmas means to interfaith families. Instead of extending “happy holiday” wishes to families to whom Christmas is a warm family time without religious significance, too many Jews and Jewish leaders are still worried that “unambiguously Jewish families” won’t result. As I concluded in the essay, “Successfully encouraging interfaith families to engage in Jewish life necessitates that we overcome any lingering discomfort with interfaith families celebrating Christmas. It’s okay to say ‘happy holidays’ to them this week.”

In a potentially very important development, a Richmond, Virginia Conservative synagogue Board has voted to allow its clergy to officiate at weddings of interfaith couples “when the movement formally allows its rabbis to do so.” The Forward’s Ari Feldman calls this “symbolic” but “an unprecedented measure of support for permitting intermarriage within the movement.” Rabbi Michael Knopf explains that his position on interfaith officiation changed. He says the Torah’s prohibition against marrying people from seven specified nations “should be reinterpreted to allow for interfaith officiation when it can ‘be reasonably presumed that the Jewish partner will remain Jewishly committed. Not everyone who marries outside the faith is a flight risk.’” With respect to the argument that intermarriage leads to less Jewish involvement, he says, “if the Jewish community takes a posture of embrace and inclusion towards the people, it becomes even more likely that they’ll deepen their involvement in Jewish life.” Knopf says his synagogue’s decision “was designed to prod the Conservative movement to ease its stance on interfaith weddings. There needs to be grass roots momentum from the rank-and-file if there’s going to be change on this issue.” It will be very interesting to see if other congregations follow suit.

There was an important story the day before Thanksgiving, “Interfaith Families Increasingly Jewish,” by Stewart Ain in the New York Jewish Week. It was prompted by a new study of South Palm Beach County by the Cohen Center at Brandeis, which found that 66% of intermarried families were raising their children Jewish (the community is generally older, and the intermarriage rate is only 16%).

The URJ announced that it will launch a pilot program in 2019 of its Wedding Officiation Network that will “connect couples with Reform rabbis and cantors in their communities to perform wedding ceremonies and lay the foundation for new relationships between young couples and their local congregations or Jewish community.” The URJ is also changing the way it delivers its Introduction to Judaism and A Taste of Judaism courses, away from in-person offerings at local congregations with local URJ staff in a limited number of local communities, to offering centralized support for all of its congregations, with curriculum and marketing resources and online offerings.

A new book, The Jewish American Paradox: Embracing Choice in a Changing World, by Robert Mnookin, a Harvard Law School professor, has received a lot of coverage, including an interview by Judy Bolton-Fasman in jewishboston.com, and reviews in the Jewish Journal of Los Angeles and the San Diego Jewish World. I’ll have more to say about the book later. I liked what Donald H. Harrison, editor of the San Diego paper, had to say:

This is a time when considerably more than 50 percent of American Jews are marrying non-Jewish partners, prompting some to believe that whereas the non-Jewish world never could annihilate us with its hate, its love, on the other hand, may so diminish our numbers that American Judaism may someday vanish.  Mnookin does not subscribe to this point of view, and neither do I. The Jewish people have many values – among them, love of education, belief in doing acts of kindness, adherence to the idea that we can personally better ourselves and our world – that are appealing to people of other faiths.  I know many intermarried couples who, accordingly, are raising their children as Jews.  I believe if the Jewish people consistently welcome intermarriage, our ranks will grow rather than diminish.

People say young people look at potential partners from different traditions as equals, and aren’t concerned with interfaith dating. But in JSwipe, Parental Pressure, and Lapsed Catholic Girlfriends: How Young Jews are Dating Today, Sophie Hurwitz, a Wellesley College sophomore writing for New Voices, says, “For many millennial Jews, parental pressure still looms large over their romantic lives. The fears surrounding interfaith marriage that permeate the Jewish community, alongside an idea that dating Jewish is ‘just easier,’ prompts many parents to urge their children to exclusively date other Jews.” The story is based on a handful of interviews, but it is illuminating about the young adult perspective.

Peter Feld, responding to Alexandria Ocasio-Cortez announcing that she had Sephardic ancestry, takes a much different view about young adults’ attitudes. He says:

American Jewish life is witnessing a transformation. A new perspective, informed by intersectionality, inclusion and other left values, is replacing the old one marked by matrilineal heritage and religious ritual. On topics ranging from who is a Jew to where to stand on Israel to what policies domestically Jews should support, young American Jews are leading a shift in identity that’s influencing the community as a whole.

The rejection of “concrete identity” in favor of inclusive values and respect for complex origin stories contrasts sharply to the traditional fear of assimilation, which was posed as a constant threat in 20th century Jewish life. Jewish parents and clergy railed against it, organizing youth groups and summer camps to ward it off.

But now, in the relentlessly diverse world of Millennials and Gen Z, this fixation seems hopelessly archaic…. [A] new generation … is [p]rimed to accept how a person sees their own identity instead of acting as gatekeepers.

The likes of Naftali Bennett who wish to connect with American Jews should take note that we respond better to appeals to our core values, and to an inclusive definition of Jewishness, than to fearmongering about assimilation.

I was surprised to find this wonderful comment in an article by an Israeli about Jewish law surrounding lighting and displaying the menorah:

How many times do we choose to exclude others in our prayer groups, or our Jewish lives because we don’t consider them to be authentically Jewish? There are so many who have joined the Jewish community who are sincere and devoted but who are consistently rejected or viewed with suspicion by some, because we have not yet found a way to see them as valid, as worthy of being “one of us.”

I also loved this comment about the meaning of the word “Hanukkah”:

The essence of the word Hanukkah — a dedication — is the ability of Judaism to continue. And historically, continuity has meant three elements: remembrance, education and resistance. These elements seem especially resonant this year, when history, knowledge, and the ability of the individual and society to stand up are all under attack.

Jordana Horn criticized Ivanka Trump for an Instagram post showing one of her children “looking awed at the magnificent Christmas décor” at the White House, wishing she had posted a picture of her family being Jewish.

In Hanukkah Is Not Christmas. This Year, Let’s Embrace That, another effort to define “Jewish” along traditional lines, Ben Shapiro makes the outlandish claim that “failure to see Hanukkah for what it truly is means that our children will be far more likely to abandon Judaism than to embrace it.” He says what it truly means is “the requirement for a fulsome Jewish lifestyle that infuses our entire being, that motivates us all year, that gives us something to live and die for.” “This authentic view of Hanukkah enables Jews to see Christmas in a different light: not as a competing holiday, but as a ritual complete with aesthetic beauty but lacking any Jewish spiritual relevance.” “If we fail to commit to Judaism more broadly but think that a few presents and some over-oiled hash browns will keep our kids Jewish, we’ve missed the message of Hanukkah entirely.”

The URJ offered a nice article with advice for interfaith couples on talking about and making decisions about celebrating the December holidays (and another about grandparenting interfaith grandchildren).  A secular paper in Arizona had a long article about how interfaith couples celebrate.

There’s been a flap in Australia, where an Orthodox day school refused admission to the child of one of its graduates and his wife, who converted to Judaism but not under Orthodox auspices. Nine Orthodox rabbis said, “The Torah is eternal and unchanging. It has an inbuilt system that deals with new situations and modern innovations, but the very definition of Jewish identity is not subject to change.”

In a review of Samira Mehta’s Beyond Chrismukkah, How Christian-Jewish Intermarriage Became Normal, Emily Soloff says “By the 1980s, talk about preventing intermarriage or encouraging conversion of one spouse largely disappeared, including from the agenda of my own agency, the American Jewish Committee.” That’s not accurate – the AJC was active in promoting statements about the Jewish future in 1991 and 1996 that took a very dim view of intermarriage, and active in 2000 in the Jewish Inmarriage Initiative.